Netflix’s latest (and maybe greatest) show, The Crown, has been a favourite among the Vogue office since it launched on November 4 (yes, it’s only been four days but we’re hooked), due in part to its next-level costumes.

Well, as it turns out, a lot of money has gone into said costumes – especially that wedding dress. 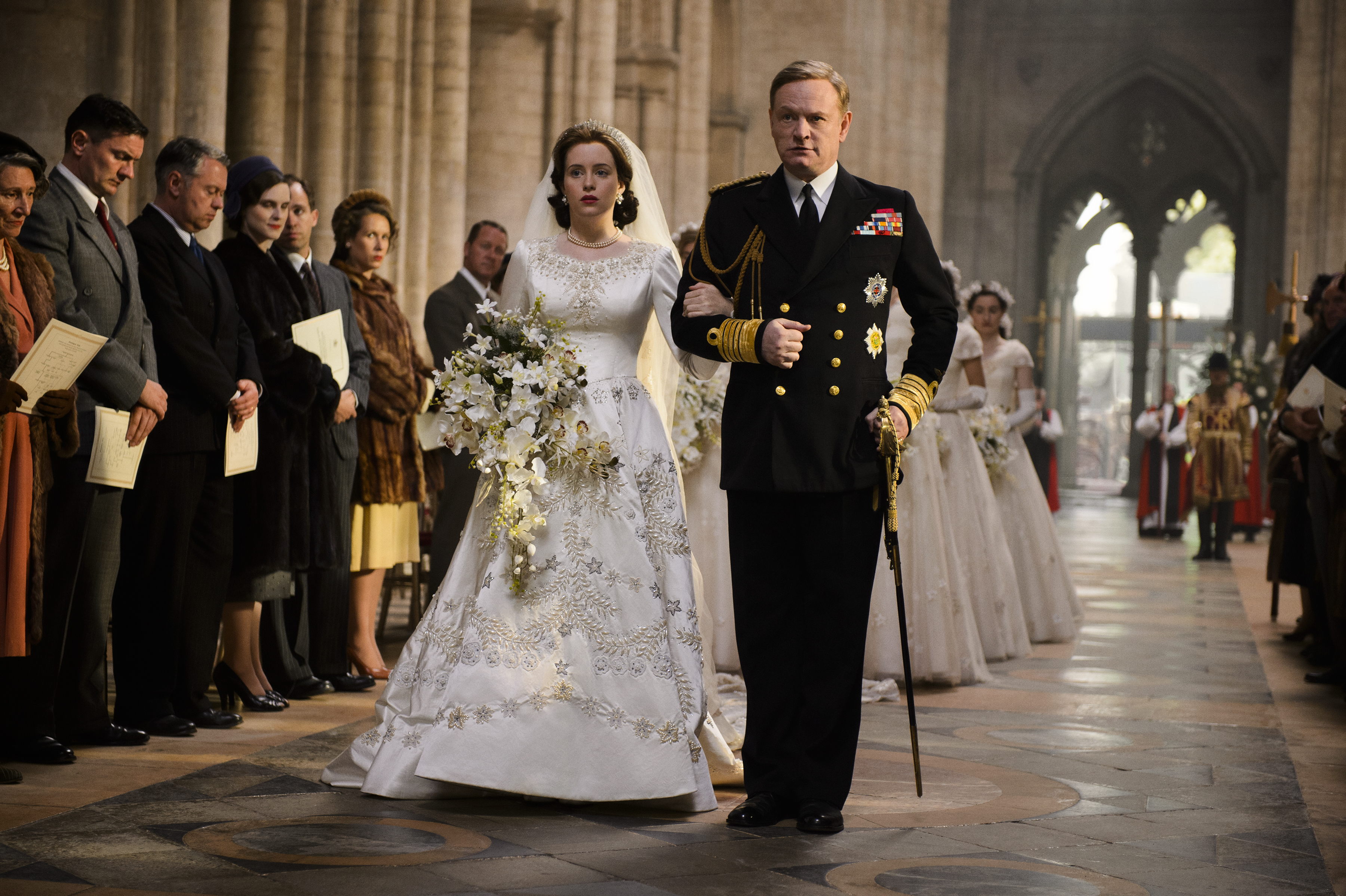 “It took five days to shoot that scene, and the dress, an exact replica, weighed a ton. All the fiddling to get it right, and needing the loo and you’ve got a crown on your head,” Foy told The Telegraph – her amazement at the real Queen obvious.

“For this young woman to be wearing all that and then have  the composure to walk through the Abbey full of dignitaries and heads of state, and then having to be anointed… It must have taken huge gumption. You think, who else could have done this?”

The on-screen dress, which is based on the original 1947 Norman Hartnell design which took six months to make, is complete with embroidered flowers, adorned pearls and plenty of glittering crystals.

A $47,000 wedding dress for a fake wedding? We wonder what Queen Elizabeth would think.

Just Married. After getting engaged over the 2015 Christmas holidays, Us Weekly is reporting that Dianna Agron and Mumford & Sons banjoist Winston Marshall have tied the knot in Morocco over the weekend. Agron, 30, and Marshall, 27, w...